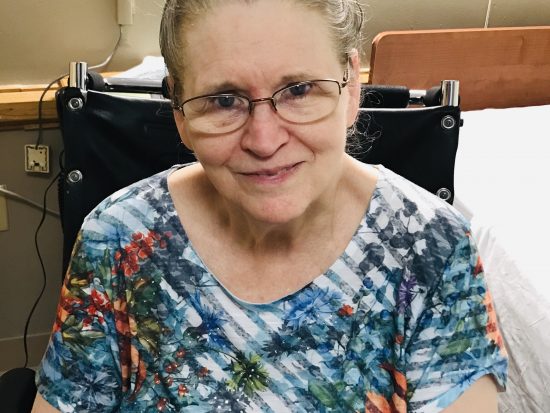 Jolene Balster is 71 years old. She was born and raised in Marion, Illinois. Her parents were George and Aileen McKeighen. Her father was an artist, he painted race cars and local business logos. Her mother was a bookkeeper for her family business. Jolene’s parents had 2 children, Jolene and her older brother.

When she was young, Jolene enjoyed playing chess with her brother. At 5 years old she started playing the piano. She recalls running to the piano when a commercial would come on television. She would play along with the commercials, after they were finished, she would get up from the piano and go back to what she was doing. At 16 years old Jolene was asked to play at a large church convention, in Grand Rapids, Michigan. She was nervous until she sat down at the piano. There were thousands of people in the crowd. Jolene played beautifully and it is one of her proudest moments. Jolene has written over 1,500 songs over the years. She loves playing the piano above everything.

She met her husband at the age of 16 in Southern Illinois at A&W. He served in the military. She attended John A. Logan college and studied to become a Hematology lab technician. During their marriage her husband received orders that he would have to relocate, he was stationed in Honolulu, Hawaii. They spent three years in Hawaii. Jolene and her husband enjoyed riding motorcycles and traveling on the weekends. They had a son, Brad Balster. Her husband became a minister and together they had a prison ministry for 13 years.

Jolene would describe herself as musical, humorous and humble. She worries about the youth of the world today. When she is stressed, the word (bible) and the Lord comfort her. She has learned a lot in life by watching the mistakes of others. She enjoys seeing someone have a delightful day and loves laughing. America’s Funniest Home Videos makes her laugh.

If she could share one word of advice with the world: