It is your voice that makes a difference in our future 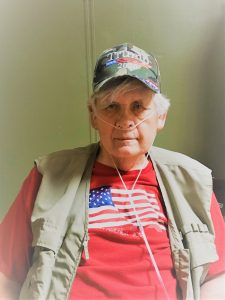 Joseph Virruso started voting at the age of 25 in 1964 in Chicago, Illinois.

He was serving in the Army and felt that his vote was very important. He has always been Republican and felt that getting involved in the Vietnam war was going to be very detrimental to the United States.

In 1990, he was very worried about our relations with the Middle East, tension was rising and he was worried. Once again he took pride in voting and making his vote count. Joseph was very supportive of Senator Barry Goldwater, and agreed with most of his values that led to  his election.

He attended many local rallies in Chicago, encouraging everyone that he encountered to vote. He told all the people that he came into contact with that their vote was of great importance to the United States of America. The rallies that he remembers the most, had celebrations including hot dogs, high school and college bands that “made chills go down your spine.”

Joseph is a very patriotic man, and he feels that mail in ballots are safe and just as important as the ballots cast at voting centers. He feels that every US citizen has a right to vote, and should take advantage of it, after all it is your voice that makes a difference in our future.